Entertainment One brings the Baby Alive TV series to children around the globe with the help of 15 voice actors. 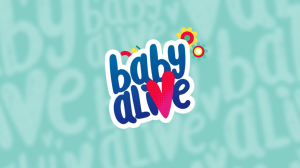 How many impressive productions are brought to life by small teams? More than you can imagine!

Such is the case with the Digital Productions team at Entertainment One who are responsible for some of the most engaging shows streaming today, especially in the children’s animation space. This small but mighty team brings the Hasbro’s Baby Alive YouTube video series to children—one of the most predominant YouTube audiences—in five languages, no less!

“We’re a small team managing multiple complex series,” said Tom Hartley, Director of Digital Production. “Localization is one of the most complex parts of content creation, so we needed a reliable, quick and cost efficient method for localizing our content.”

They tapped into the Voices marketplace to source voice actors for English, Turkish, French, Latin Spanish, and Brazilian Portuguese to voice, as well as dub, the Baby Alive series. With three actors per language, this project involved a total of 15 talent!

Voices’ network of global home-based talent, translation abilities, and tiered buyout system enables us to deliver on our need to ensure our content is available to kids globally in as many key languages as possible without the costs of a traditional dubbing process.
Tom Hartley, Director of Digital Production at Entertainment One

The Team at Entertainment One needed the Baby Alive series to connect with their child audience in the most authentic ways—just like the Hasbro Baby Alive dolls. Serving a global audience not only requires localized translation of the scripts, but needs quality dubbing to ensure each child connects with the characters meaningfully which reinforces the educational components of the series.

To this end, Tom expressed that Voices offers an efficient and reliable partnership to the Entertainment One production team.  “Voices generally provides us with casting options for new shows within a matter of days which speaks to the size of their talent base. If talent doesn’t initially meet our needs, additional casting options are, again, only a few days away. We haven’t yet found a role that we weren’t able to cast through Voices’ network.”

The Nuances of Dubbing

“The voice actors Entertainment One connected with through Voices were able to provide high quality lip sync to really make the characters feel believable in each language,” said Tom.

Children’s development and vocabulary are crucial components of Entertainment One’s project. In order to appeal to children, they need to feel at ease with how the show is communicating with them. Dubbing for children in five languages means making careful considerations with the translation of each sentence and crafting it to deliver the same message, while also aiming to have the words synchronize with the animation. Below you will find five prime examples of the dubbing used to engage children from around the globe.

The team’s needs for multiple talent in multiple languages with the ability to translate for localization and dubbing was compounded by the need for quick turnaround time. Having used Voices for sourcing voice talent before, they trusted Voices to connect them with talent who could deliver exceptional performances at exceptional delivery times.

This series has been in progress for around eight months (at the time of writing), and continues to have new episodes released weekly. As new episodes go from storyboard to production, Tom and his team lean on the voice actors’ ability to provide a consistent performance with very short turnaround times.

Producing a show is one thing, but promoting it—and achieving success—is another. For a children’s series available through YouTube and certain AVOD platforms, the outstanding success of the show “is a testament to the quality of the content and the voice acting which is engaging kids around the world,” shared Tom.

18 episodes have been released so far, generating an aggregate of over 100 million YouTube views in the fourth month of release, with over five million hours watched in total—driven primarily through organic viewership. This is a fantastic achievement for a new series with very little marketing support.
Tom Hartley, Director of Digital Production at Entertainment One

The goal was to build a digital streaming series that gave children an alternative way to connect with their beloved Baby Alive Doll. Having a robust offering of digital content like this series is how Entertainment One is helping children to get the most out of their Hasbro toys. With the results shown above, it’s safe to say that the classic Baby Alive Doll, coupled with contemporary digital media, is doing exactly that.

Post your own voice over job for free, and see the diverse talent base for yourself. Sign up today.