Sequitur Cinema turned to Voices for the ability to choose from a professionally-curated list of auditions. 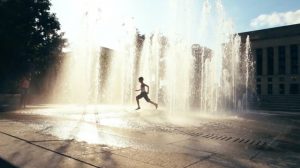 Sequitur Cinema is a visual artist collab and production company. The team runs campaigns from start to finish; from pre-production through delivery of finals on a project basis.

Finding the voice talent for a project can be tricky. For the Sequitur Cinema team, they usually found themselves in a position where the client already had a brand voice attached, and they’re simply provided with the voice-over assets to get the project done.

In the instances where this was not the case, Sequitur Cinema typically went the traditional route of requesting submissions and reels from voice agencies.

“We’ve worked with another internet service in the past, with varied results. The YMCA project was the first time we’d decided to give Voices a try.”
Denis Deck, Executive Producer, Sequitur Cinema

When the client approached Sequitur Cinema with a project for the YMCA that details the challenges and endless possibilities for youth, Denis and his team knew that they needed the perfect voice to honour the client’s vision.

In this case, the client had a very specific idea of the type of talent they were hoping to find. Have a look and listen to the spot, and you should be able to immediately pin the famous actor they had in mind for the project.

“On a non-profit budget, finding someone that fit the bill was a tall order. We tried the agency route, but the well came up dry, as did our previous online service. I knew one of our directors had used Voices in the past, so, thankfully, I turned here.”
Denis Deck, Executive Producer, Sequitur Cinema

Sequitur Cinema contacted Voices with the specs and breakdown for the project, and were almost immediately contacted by an experienced account manager who understood the project and needs with just a glance. It was shortly thereafter that Denis was provided with not one, but a handful of fantastic options to take back to the client.

“There’s no question that the cost is a huge benefit here. Even on our non-profit budget, we were able to deliver above the expectations of the client. This is always the aim, and it was on target here. Burt Clemons, the talent we all agreed on, was friendly, amenable, and talented. The director was on the phone for the read, and he was able to coach different direction, phrasing, and pronunciation to get exactly what was wanted for the final product.”
Denis Deck, Executive Producer, Sequitur Cinema

The team’s original plan was to physically get someone into Sequitur Cinema’s studio and do a patch-in with the client and agency people so that they could give live feedback on the line readings. However, with the chosen talent working from a home set-up, the group was able to do a simple conference call. The process was really no different than if it had been done within their studio on Music Row in Nashville, TN.

“This is our first project with Voices. I’m sure it won’t be the last.”