Lisa Luck’s voice is similar to her personality: fresh, breezy, and naturally charismatic. 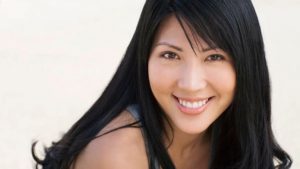 Lisa Luck’s voice is reflective of her personality: bright, confident and naturally magnetic. Her voice can be heard on syndicated television shows, animations, commercials and popular video games. Lisa studied at distinguished California-based acting conservatories, including the American Academy of Dramatic Arts and American Conservatory Theater. She also has improvisational comedy training from Second City, iO Theater, Groundlings, and The Pack Theater in Los Angeles.

Lisa’s first voiceover booking was for an animation called Shorty McShorts Shorts, which aired on the Disney Channel in the summer of 2006. She also worked in commercials, print ads, and live theater, and has voiced a variety of different video game characters. As well, Lisa has worked for a notable talent management company, interned at casting offices and coached young talent.

It was while attending a voice over workshop that Lisa met with an established Voices member who was experiencing impressive year-over-year growth within her voice over career. After learning more about what it was like to be a full-time voice talent, Lisa decided it was time to focus exclusively on voice over. She soon added Voices to her toolkit.

“I wanted to design my career in a way that reflected the efficiency and autonomy I desired.”
Lisa Luck, Professional Voice Talent

Lisa started out with Voices as a Premium member in 2011 before upgrading to the Platinum level.

“Voices is a rich resource for developing your skills as a voice talent. There’s something of value here for all voiceover professionals.”
Lisa Luck, Professional Voice Talent

Lisa is in daily contact with production companies, ad agencies and entrepreneurs across the country, many of whom began working with Lisa through Voices and continue to be a source of repeat business.

Through Voices, Lisa has voiced projects for Starbucks, Clorox, and Direct TV. Lisa was the narrator for a televised sports show called Kids Clubhouse on the SYN Network, where they followed the New York Mets during spring training and throughout the regular season. Kids Clubhouse won a New York Emmy in 2018 for Best Children’s Programming.

Her uniquely enthusiastic voice can be heard in commercials all over the world including this one for Lalaloopsy.

“I’m a big believer that to get really good at anything, you’ve got to practice everyday and be intentional with what it is you’re working on. I have more auditions in my inbox than I could realistically complete and this gives me some freedom to design my day. If I want to go at it hard one day and complete 35 auditions, I can. If I want to be extremely selective with what I submit for, that’s an option too.”
Lisa Luck, Professional Voice Talent

Other exciting projects Lisa has in store for 2018 outside of Voices include a national commercial for T-Mobile and a supporting role in the animated feature, Marvel Rising.