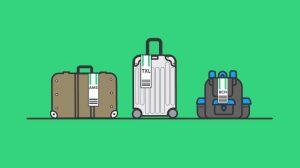 Yieldr is an international company that helps airlines make decisions that will fill seats on their planes, eliminate waste, and increase revenues.

To build brand awareness and understanding of what the company does, the Yieldr team came up with the idea to create an explainer video to introduce potential clients to the brand and drive acquisition.

Creating a successful explainer video of what Yieldr does was paramount, considering it would be the first time many clients have been exposed to the brand. The marketing team deduced that they had almost everything they needed to make the video in-house; they were able to draft a script, create a storyboard, and make some rough demos.

When the team eventually asked themselves the inevitable question of “what’s our voice?” they realized they needed help from outside of their own talent pool.

Finding a brand voice that would engage and entice clients was crucial for the success of the explainer video.

“We did some early rough test runs to get the feel and the flow of our video, which included recording the script. It was then we realized that because of a lack of talent and not having the right hardware, it’d be difficult to maintain the professionalism of our video doing the voice over ourselves.”
Joseph DeLuca, Chief Marketing Officer, Yieldr

Yieldr was on the hunt for a voice that matched the tone of their brand – they wanted it to sound like a young adult who was empathetic, helpful, and relaxed. It was the company’s first time using Voices, but Joseph shares that the account manager made the entire process seamless.

After Yieldr provided a briefing of what it was looking for, as well as a copy of the script, their account manager returned with a handful of professional voice talent that matched the description.

Joseph’s team listened to nearly a dozen auditions and narrowed down the list to one.

After selecting the voice talent, Yieldr received its final voice over files within 48 hours.

“We were even able to give our finalists a snippet of our script to help us choose the right person. Not only was this process simple, it actually became quite enjoyable. After selecting our winner, the turnaround time was very quick.”
Joseph DeLuca, Chief Marketing Officer, Yieldr

The final video took a great deal of time and effort to produce. However, once it was finished, the fruits of Yieldr’s labor received praise both internally and externally. The video was featured prominently on Yieldr’s homepage as the perfect introduction to the brand and has been cut into additional video acquisition ads.